What Can You Do When “Tough Love” Fails? 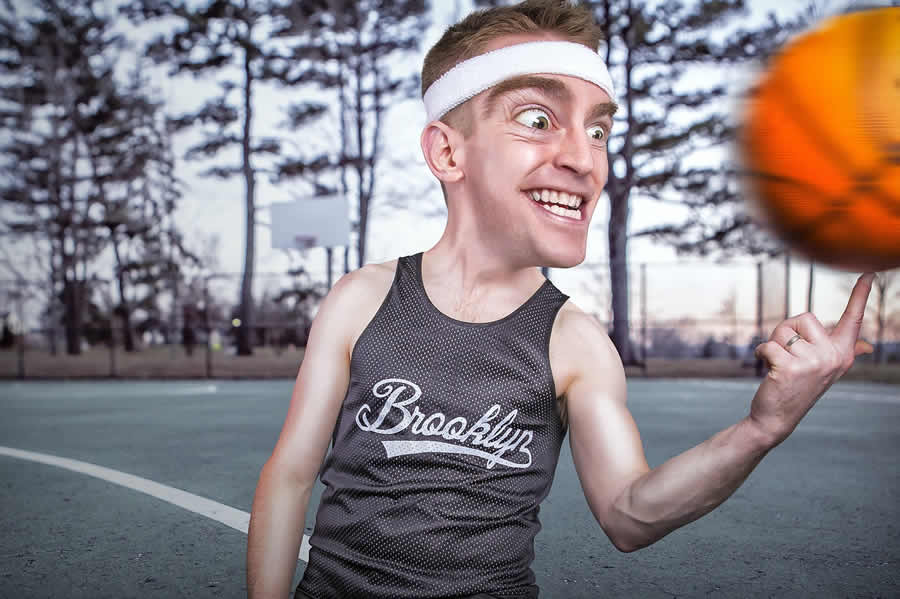 The “Super-Powers” Of Making YOURSELF The Idiot:

Isn’t there times when we all get stuck because of limited beliefs?

And, because of this, before you can influence, serve or empower anyone to adopt a new perspective, you’ll first have to help them dissolve those limiting beliefs. Because, otherwise, the bigger possibility solution stays in the blindspot created by the limiting beliefs held as true.

Now, as we’ve discussed in deep detail in the 9-Part series on how you can create your own Oprah-like influence, if you don’t meet someone the mental conversations they’re already having with themselves (which, by the way, are controlled by the same limiting beliefs you hope to show them how break free of) then you can bet they will rebel against you in seemingly irrational ways because they’ll feel threatened.

Would you like to learn how to avoid this altogether in a way that’s as practical as it is elegantly simple?

First, you wan’t to make sure you’re not talking down to or belittling their current beliefs (regardless of how limiting or silly).

You see, even tho you can see the limiting beliefs for what they are, they cannot. Remember, you’re trying to snap them out of the lies they’ve come to believe are actually true.

If you confront them directly and bluntly by telling them their beliefs are “wrong” (or false), you will be fighting against a lifetime of unconscious conditioning that’s literally programmed them to ignore you. Then they’ll automatically resist everything after that because no one likes to be embarrassed or made wrong for what they believe, do they?

Here’s what to do instead.

Tell a story and use yourself as the “idiot.” Or tell a story where someone else is the idiot.

However, you never want to be the one to make them the idiot. They can call themselves an idiot but not you. Ever.

In fact, your job is to let them off the hook when they are feeling stupid (i.e., give them something else to blame so they can move on with hope of never getting stuck in the same trap again).

Let’s make this even clearer.

Say you need your tribe to see how procrastination is robbing them blind… how their inability to make a decision or failure to take the right actions, at the right time, will make them go broke, cost them their marriage, and, all around, is making life miserable.

“Hey idiot, you’re never going to get anywhere in life if you don’t get up off your ass and do x, y and z, right now! Your wife will leave you as soon as she realizes she married to a looser who’s never going to change. If you don’t do these things now, you might as well slit your wrists and get it over with because you’re dying a slow death anyway.”

Even though that’s probably the wake up call they need, they’ll never hear you because you’re attacking them. Mentally they say, “Who the hell are you to judge me? Screw you!” They can’t see you’re really trying to help with your brand of tough love.

So how do you get them to do x, y, and z immediately with the same kind of urgency, impact, and conviction?

You make it their idea. Get them to tell themselves those things.

Here’s a different twist that same conversation and that creates an opening where they will instantly listen (and likely without pushback):

“Truth be told, knowing what I know now, I’m surprised it took her so long to dump my sorry ass (but she didn’t have to be so vindictive).

“Today, after years of therapy, I see how I blamed her my failures because she didn’t support me enough, but who the hell believes in someone who talks a big game for 10 years without action? Failure would have been better than facing I wasn’t man enough to even try x, y, & z! But I had my long list of excuses I used to avoid admitting what a loser, wuss I was; always whining about how the world wronged me.

“Too bad I had to find out the hard way, no amount of positive thinking replaces positive action! Such a shame, because if I just had the guts to try x, y, & z I could’ve saved myself the horror of…”

See how it works?

Make yourself the asshole. But in the telling of your story, they put themselves in your shoes without you asking (or lecturing them). They see happened to you and will be concerned that the same fate is about to strike them down if they don’t learn from your mistakes.

Plus, your true story earns you the right to lead them. Now they respect you as an authority because you’ve shared a very private and personal story that proves you’ve already been down the road they’re traveling, know where it ends, and can save them needless pain, suffering, and heartache, can’t you?

By calling yourself out, you endear yourself to them and remove all confrontational pressure at the same time.

It also removes the —“yeah, but I can’t do that because I’m not an expert like you”— excuse, does it not? Because now they see you’re just as messed up as they are (maybe more so). And if you can do it then they can too with your help.

Wake up call delivered, and…

Something else very subtle happens with this approach. Besides heeding your advice, they’ll say to themselves,

“Glad that wasn’t ME. I don’t want that to happen to ME. I don’t ever want to be the idiot he was”

As soon as they say that to themselves, they almost have to follow your advice, because if they don’t, they end up calling themselves the idiot.

Do you grasp the power here?

First, don’t ever make up a story that isn’t true (you can tell someone else’s true story but don’t ever lie about your experiences). You’ll get caught eventually (plus, it’s illegal).

If you misuse this technique you’ll destroy the bond that gives you all your relationship building power (and once you breach that trust, it’s usually impossible to recover; it follows you everywhere, as it rightly should).

Second, you have a responsibility to your tribe to protect, serve and help them. If you manipulate them with lies, now you’re looking out for your interests ahead of theirs.

You might pull the wool over their eyes for a bit, but people always see through the fake shit if your intention is to make money over truly helping. Profit at their service, not their expense.

If I tell them, it’s suspect.
But if they tell me, they’ll fight for it
and accept it as fact because
it was their idea!”

I think it was Tom Hopkins, famous sales trainer, who said “If I tell them, they’ll doubt me. If they tell me, it’s a fact.”

So, if you make an assertion and expect someone to just take your word for it (before they elevated you to Trusted Advisor status), you’ll die an ugly business death. You never want to make a statement and expect your tribe to just take it at face value.

Remember, until they ascend to a level 6 or a level 7 belief about you, you’re the enemy.

You are trying to get their hard earned money.

You are not to be trusted.

As protection, caveman instincts makes them automatically resist you.

However, if you make yourself the idiot (use third party stories), you meet them where they are, and create an atmosphere where you bring it out of them.

It becomes their idea.

And, since they said it to themselves, now they believe it, so it…