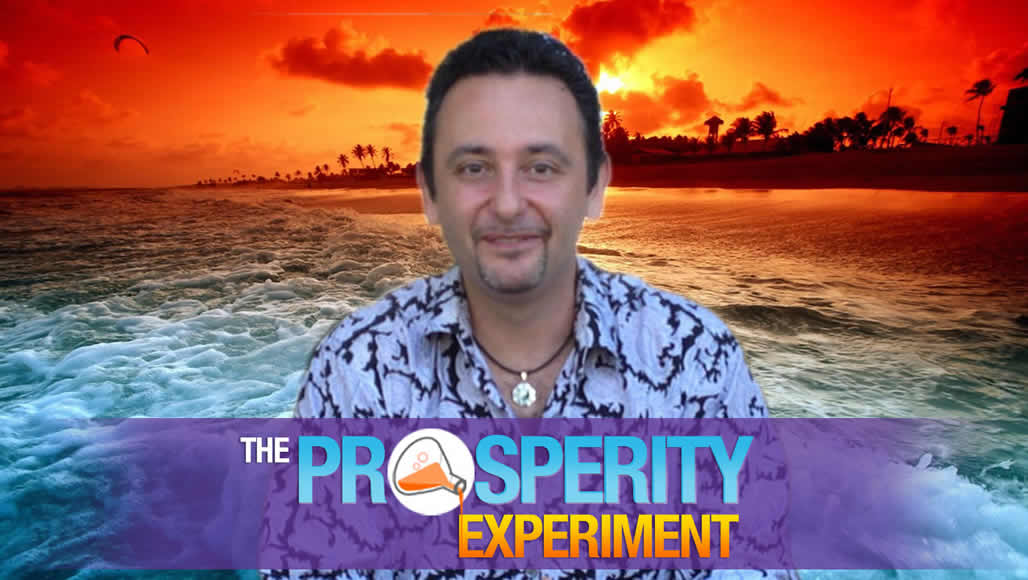 New starts in life is a natural talent, a strength I’m blessed with. Come to think of it, it’s also a big weakness.

There’s just something about the fresh, excited feeling of embarking on something new. The positive expectations of what’s next. I admit it,

I’m addicted to it!

Luckily for my sanity, I’ve also learned the crawl, walk, run process required to become proficient at taking consistently consistent action and developed the completion skills to overcome the barriers to success.

However, it wasn’t always that way.

In fact, there was a long period of my life when I was a “newness addict” (def: someone who’s driven by fresh new desires and gets bored quickly when the newness fades).

Out of the starting gates, I was stronger than anyone you’d ever find but had no follow-through.

Sure I talked a good game about why I had to move on to the next project but at the end of the day I had zero results because I let fear of failing stop me from really going for it.

(That’s part of the reason why my first marriage failed: My ex-wife stopped believing in me because I “cried wolf” too many times. It was always the next deal that was going to make us rich and put us on easy street, but meanwhile the debt got deeper and deeper. It didn’t take long before our favorite pastime was telling each other what was wrong with the other.)

The point is, I would never have been able to finally break free of being chronically stuck, if I didn’t also become addicted to consistent focus on action & results. Because success is more about finishing than starting. Even when (or especially when) you’re venturing into areas you know nothing about.

It’s about taking one good (or even so-so) idea and making up your mind you won’t allow yourself to get distracted by another one, until you put this one to bed.

See, before my breakthrough I used all the distractions as excuses to avoid the possibility that my “great” ideas might not be so great.

That they may not work.

Which would make me a “failure,” right?

However, by never actually daring to raise the curtain and risk showing the world my ideas, I’d always be able to proclaim I was making progress (at least that was the unconsciously conditioned Fred Story controlling my behaviors).

Because, after all, I was always on the way to living my dreams without ever having to actually put my ass on the line.

The problem with that logic is that it really messes with the mind.

You never feel worthy because deep inside you know the truth. Plus, success stays on the horizon. Always in your potential future. Never here now.

Today, however, “failure” doesn’t scare me anymore. Simply because I shifted my relationship with it thanks to all the ideas, tools and resources revealed, here, inside the iUnstuck Lab.

Can I Let You In On A Little Secret?

You can shift your relationship with “risk” and “failure” too. And it’s not nearly as difficult (nor does it have to take as long) as you might think. Before you know it, you can have the power to take on the things you don’t know with the same confidence as anything “old hat” to you.

You can recapture all the enthusiasm, excitement and God-Given power you were born with. Imagine living with childlike curiosity and innocence again. Constantly taking your life to new, bigger heights of success beyond your past accomplishments. Staying sharp. Becoming even sharper.

Sure, it can be scary.

Trying something you’ve never done before usually is.

That’s only because you don’t know what to expect the first time you do anything. However, as you’ll discover when you join us for this iUnstuck project, confusion dissolves into clarity. Fear, doubt and procrastination transforms into confidence, and positive momentum.

See, as my friend Geoff Shaw points out,

“You’ll only fall flat on your face if you don’t put your foot forward to take the next step.”

Because if you keep your focus on where you want to go, with the expectation you’ll eventually find the answer, a funny thing happens:

All it takes is to look at life (and what you want to accomplish) the same way a baby looks at the world.

Everything is new to a baby.

And, yet they are NOT scared at all by the new world they’re exploring. It’s fun because all babies naturally love to explore.

Venturing into the unknown excites babies because “failure” is a learned concept.

How can they fear “failure” or “success” when they don’t even know what those concepts mean?

And, come to think of it, they also have to be taught what fear is in general before they will be fearful of anything, do they not?

You know, I watched my daughter, Aimee, learning to walk. It didn’t matter if she successfully pulled herself up. Or fell down. She still had the same smile of joy and wonderment. Any outcome she got was a brand new discovery, worthy of more exploration. She loved it ALL. Always with a sense of glee.

Never forget it as long as I live. Because her power, control, and confidence exploded with such force I felt —and experienced— it too… the look in her eyes said it all!

In fact, every time Aimee fell down it made her more determined to try again (and again) until… until… she figured it out. It works exactly the same way with anything you want to accomplish.

Keep going until. That’s all it takes. Because if you’re determined to figure it out (and enjoy the process), you can overcome any obstacle standing in your way (any obstacle, like: lack of clarity, knowledge, support, money, experience, help, etc.).

Sure, it’s not always instant because often a learning curve of trial ‘n error is involved (remember the CRAWL, WALK, RUN lesson?)…

However, there ain’t nutt’n you can’t overcome with the positive expectation a baby naturally has towards life.

It’s just a matter of making the unconscious, conscious: So you can let go of old unconscious habits sabotaging your results without your permission or awareness.

Feel the fear and doing it anyway.

Try it for just a month.

See if that alone doesn’t give you a renewed sense of power and confidence, that allows you to take your control back.

If you do, I bet you’ll begin to access a hidden side of you that says,

“It doesn’t matter what life throws at me because I can figure out the solution to this problem if I’m committed to finding it!”